1 reply to this topic

One of the more unusual, and sad actions of WW2. British v French, the French having 2 old ww1 battleships and two modern battlecruisers trying to escape to safety as the British attack with 3 15 inch gun battleships. Also, a chance to use the Hood not against the Bismark and those wacky French ships with two quad turrets up front.
Good game, giving a fairly historical result, although no French ships escaped. Tense moment early on when a plunging shell from Strasbourg hit the Hood and triggered an ammo fire! But the crew put it out, and once the range closes a bit the French can no longer penetrate the main armour.

Strasbourg looked like she was going to get away (as she did historically), but a rudder hit doomed her. 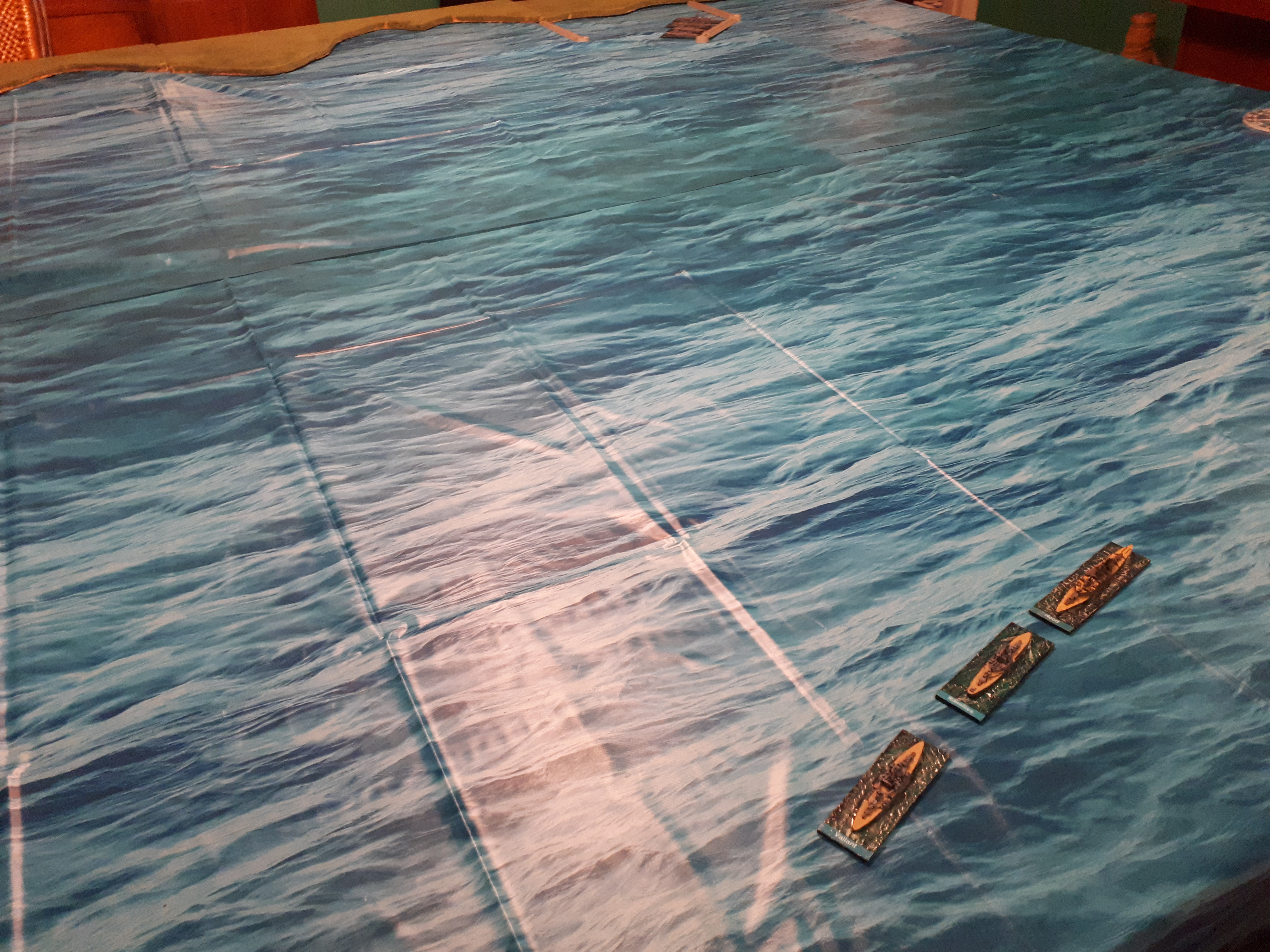 I ran it over the summer (including the escort ships) with a similarly plausible result; all four French capital ships lost in exchange for pretty extensive damage to the British cruisers and serious damage to Hood from a torpedo attack from the French destroyers.

Back to Comments, Discussions, & General Q&A