The Road to Alamein


No replies to this topic

Sometime in the summer of '42, British and German tank forces clash on the road to Alamein.  This was an introductory Mein Panzer game I ran in 2018 for my friends Rob, Tim, and Randy with some assistance from my friend Scott.

This was a simple armored clash pitting German Panzer IIIs against British Crusader IIs.  Using the Mein Panzer rules and stats this is a pretty good match-up equipment wise as the speed, armor, and armament are pretty equivalent.  I made all troop quality regular for this game although German regulars have a slight advantage over British regulars.

Both sides started on opposite sides of the map with a village in the center and some low hills around it for some cover.  Since the game takes place in the North African desert there are no trees or large built up areas or hedgerows to worry about which makes North Africa a great place to play when having players that are new to the game. 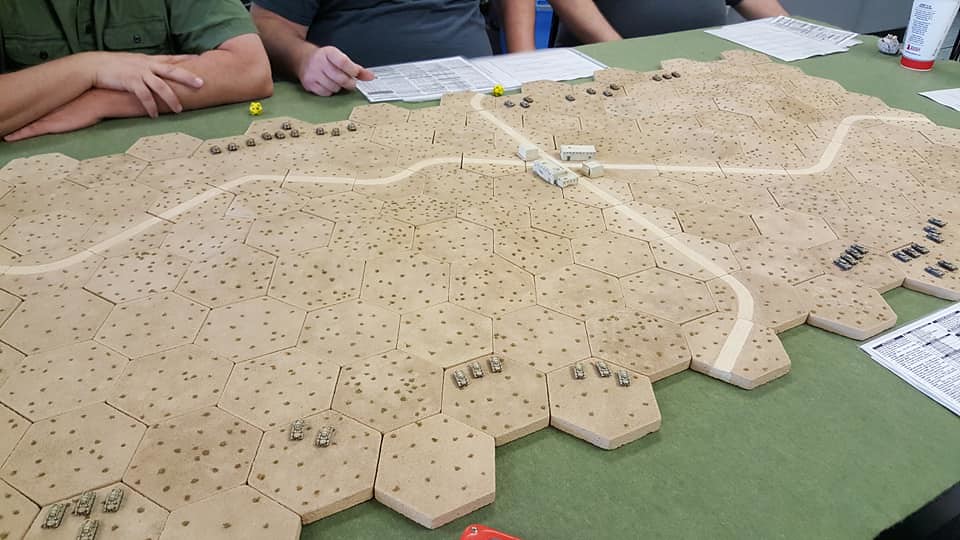 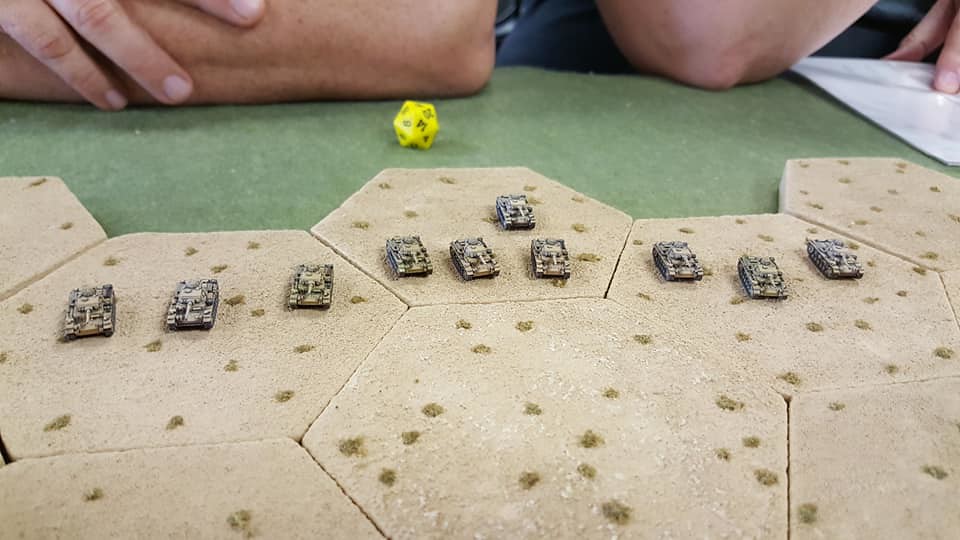 One of the German Panzer III companies.  I made all the companies on both sides a bit understrength. 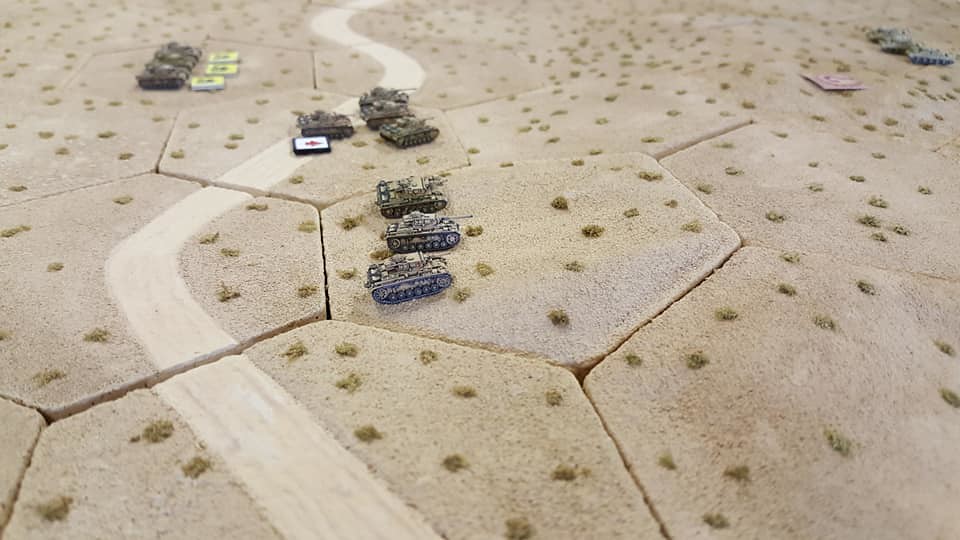 Another view after a turn. 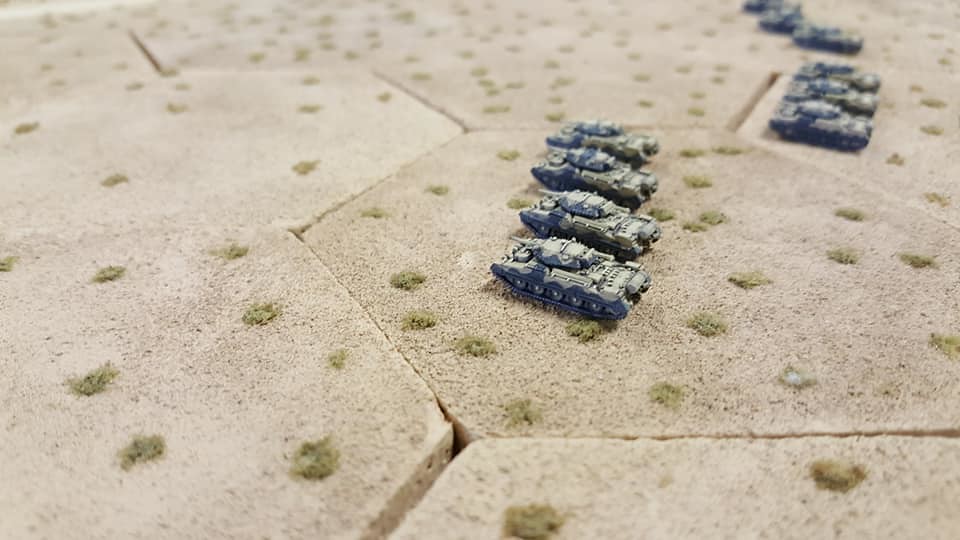 One of the 2 British Crusader squadrons. 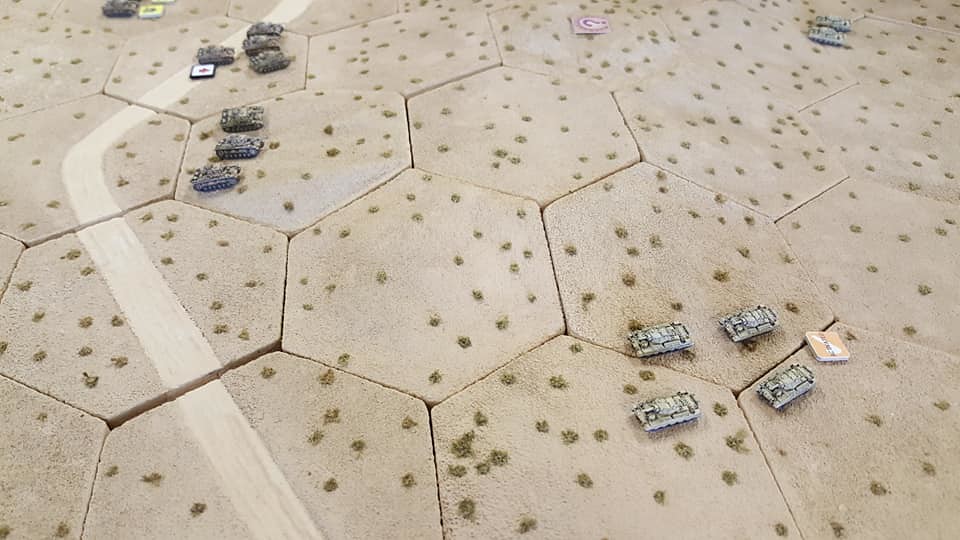 The British attempt to turn the German right flank. 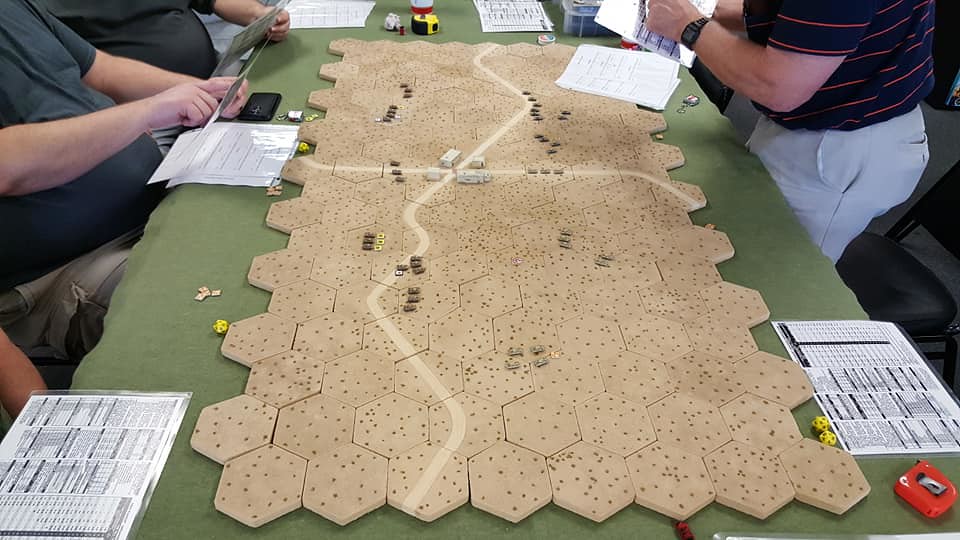 An overview of the game in progress.  Still no casualties as both sides maneuver for position. 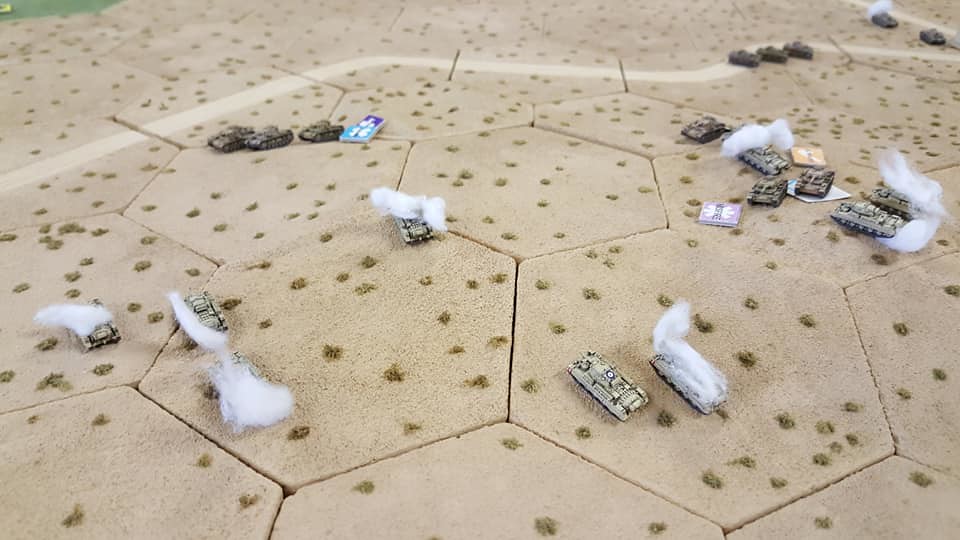 A big duel on the British left as they attempt to take the hill.  The white cotton represents vehicles knocked out.  Black represents brew-ups. 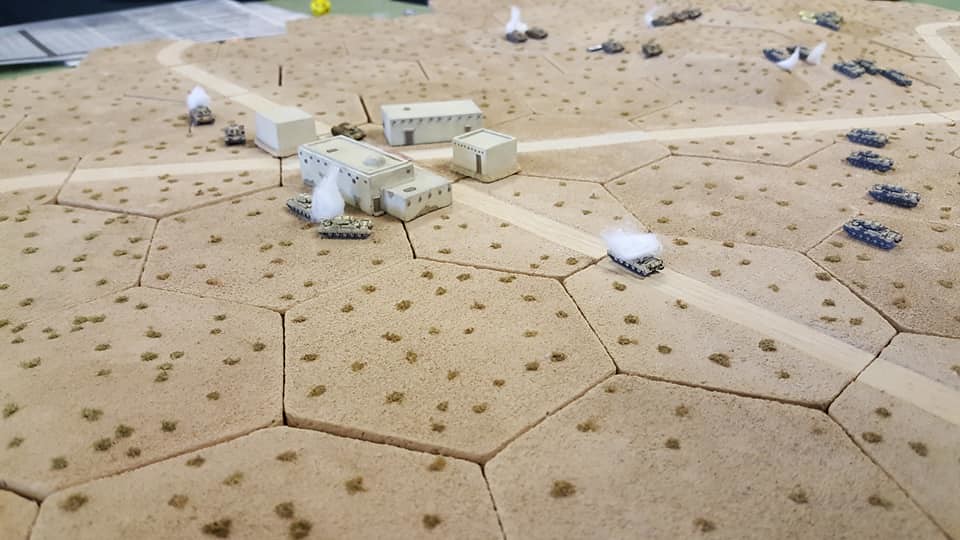 Part of a British squadron attempts to seize the town but suffer extremely heavy casualties.

The game ended in a German victory.  One of the German companies was mauled but one of the British squadrons was virtually destroyed and the other had suffered about 50% casualties and the Germans held the town.