I ran a Kursk game a few years ago at my friend, Scott's, house.  I do not remember how the game came out but we had some fun.  There were lots of tanks on both sides.  Some of the images are a bit more blurry than I would like but will hopefully give an idea of the scope of the game.  The vehicles and terrain are mine.

What, no Elefants? Looks like a fun time, Peter, and the terrain is outstanding.

While often billed as the war's biggest or greatest tank battle, Kursk was certainly more than that at the start. We have played a number of Kursk "slivers" here, not much more than a 1000 yard frontage and maybe a mile or two deep, typically with 4-6 players. Go bigger and it becomes overwhelming and nearly unmanageable from a game perspective, not to mention the amount of time consumed. The scenarios have been built around the Germans' set-piece attempt to punch through two or three defensive belts into the open ground beyond (typically where the bulk of a Soviet tank brigade is lurking). If you put everything out there (large numbers of tanks, mechanized infantry, Panzerjägers, air support, volumes of arty, large numbers of antitank guns and rifles, redoubts, mine belts, juiced-up breakdown rules, etc.), it's a tedious slog and quickly becomes apparent why the German effort was doomed from the start. Granted, the scale is a bit compressed compared to historical positioning, i.e. miles of ground typically separated the defense lines rather than a few hundred yards, but you get the idea.

Back in the late-1980s we played a lot of armor battles using GDW's Command Decision ruleset. There were elements of CD that were brilliant, especially the command and control rules, but one big turn-off for many players was the one to five scaling of units, i.e. one tank represented five in the order of battle. A 65-tank Panzer regiment basically boiled down to 13 vehicles (excluding the support stuff). That might seem awful, but for big battles like Kursk, it actually worked rather well. Twenty-six tanks and you had the scaled-down armor contingent of a Panzer division. I still have a copy of the original set around here somewhere, but untouched for many years.

Thanks very much, Healey!  Here are some pictures of my Elephants.  The four Elepants were not available for the game shown but they await deployment in a future Kursk related game or even a later East Front game.  The models are by GHQ.  GHQ does not currently make the Ferdinand which was the earlier version deployed at Kursk.  I would use my Elephants anyway for Kursk.  I think people would understand. 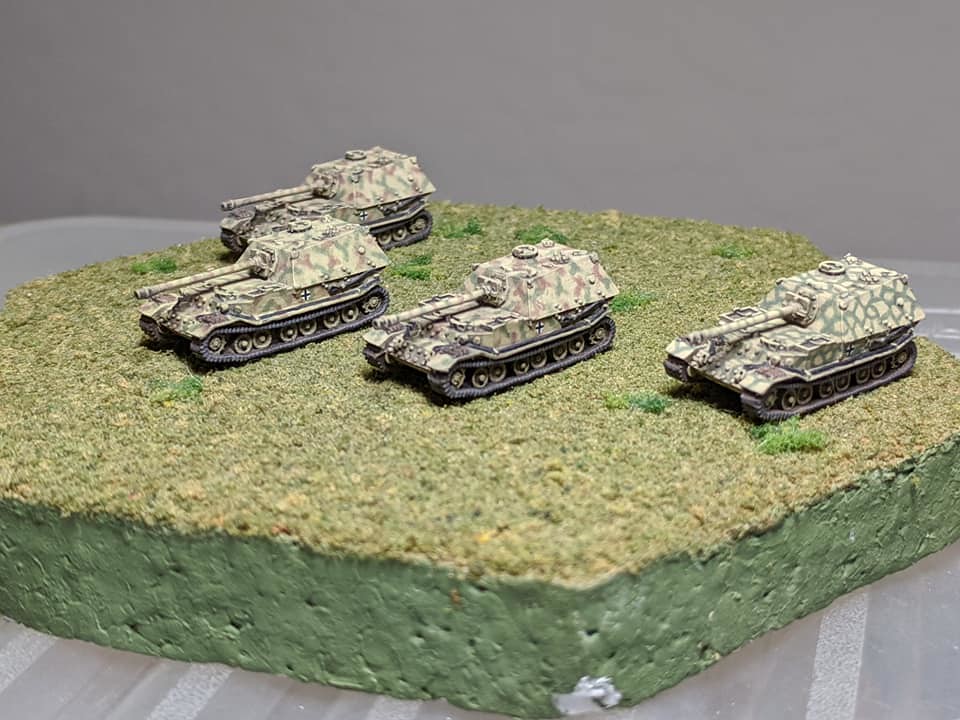 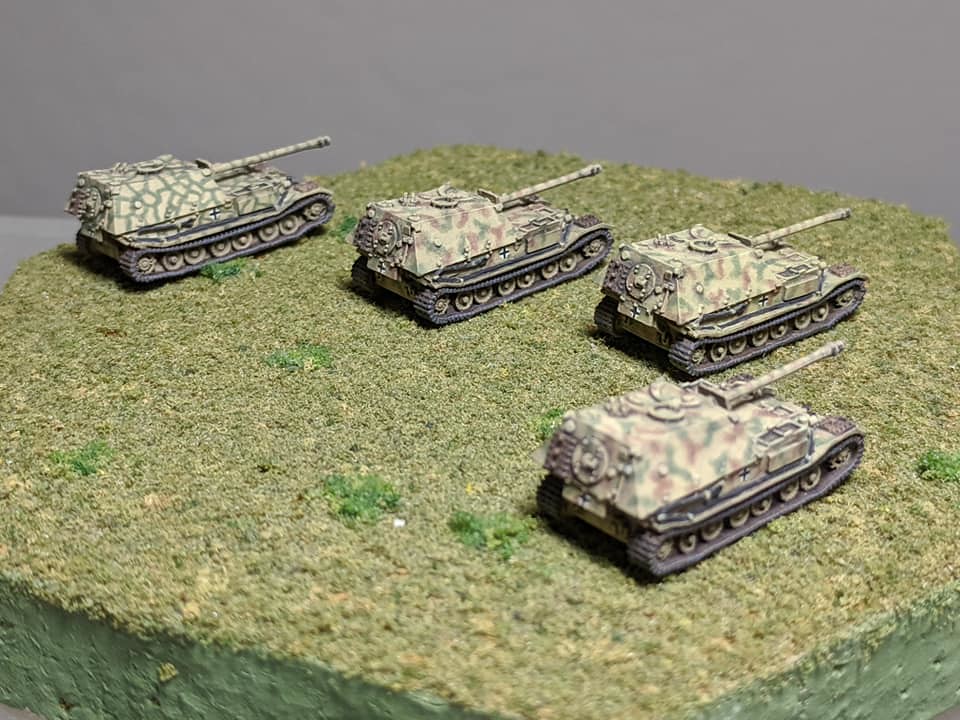 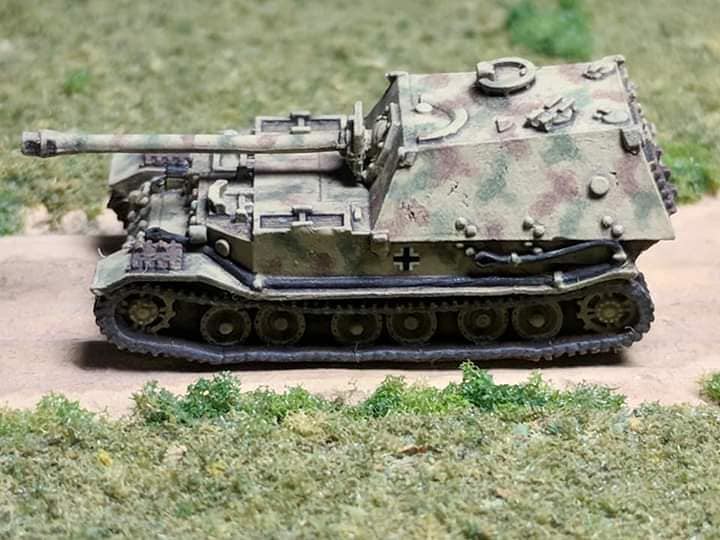 Those are outstanding, Peter; very nicely painted and decaled. We used to have a Ferdinand here in Maryland at the armor museum at Aberdeen Proving Ground, but since the BRAC realignment, it went elsewhere (not sure where). One doesn't realize how big the vehicle was until you get up close.

Ferdinands or Elefants, I don't recall which, were used in the German counterattack (Fischfang) at Anzio in early 1944. That would be an interesting dust-up to model/game.

Elefant or Ferdinand of Panzerjäger-Abteilung 653, destroyed by US troops at Anzio, May 1944.

Hi Healey!  Thank you very much.  I have been to Aberdeen and did see the Elephant they had there.

A little history.  The Ferdinand made its combat debut at Kursk in July 1943.  I think there were 2 battalions of them with 90 deployed.  They served after Kursk as well on the East Front and were pulled out in November/December for refitting and upgrading to the Elephant.  The main difference between the earlier Ferdinand and the later Elephant was the addition of a hull MG and a commanders cupola which replaced the split hatch.  If I recall, there were about 48 remaining Ferdinands that were converted, so slightly over 1/2 of the original 90.

One company of 14 was sent to Italy while the rest were deployed back on the East Front where they actually served very well in their intended role of long range tank killer rather than as assault tanks.