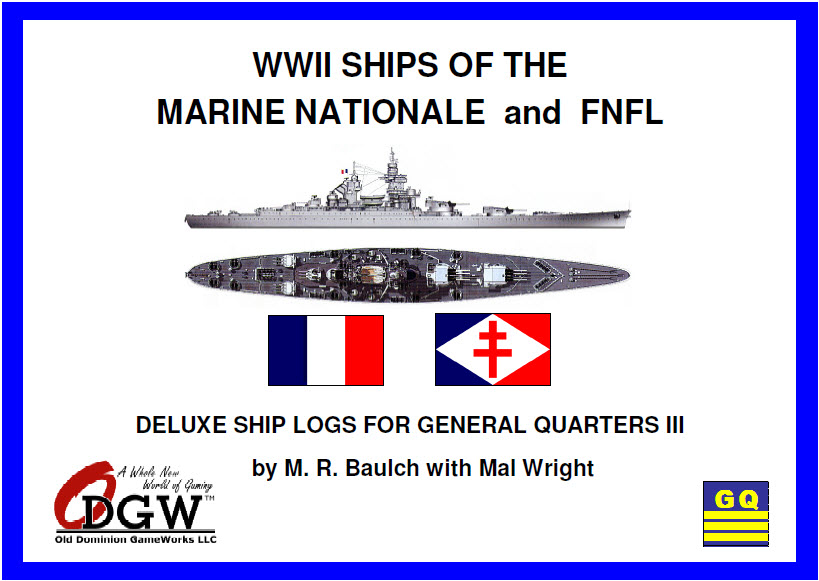 ODGW is proud to announce the release of the latest deluxe ship logs for General Quarters III.

The Marine Nationale (French Navy) now join the stable of fleets that have the highly detailed ship logs. Due the unique nature of the French Navy’s WWII experience, the logs are split into three sections:

Marine Nationale – Beginning of WWII to the Fall of France (June 1940). The entire French navy from the beginning of the war to the Armistice of 1940.

Additionally, the never builts (like the battleships Clemenceau and Gascogne and aircraft carriers Joffre and Painleve) are included.

The deluxe ship logs are colorized and expanded to include the all classes and every ship plus those that were canceled or incomplete. Now available as digital downloads from the Download store.

We also have deluxe ship logs for other navies that fought in World War II:

Visit our online store to check all the ship logs available for General Quarters III.